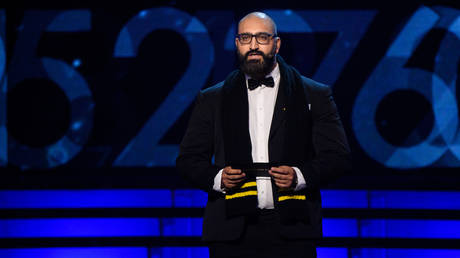 An Afghan refugee-turned-famous Swedish expert on education and integration, Hamid Zafar, has had his perfect public image ruined after a local newspaper discovered hateful comments he had been posting online under a pseudonym.

Zafar arrived in Sweden as a refugee child and rose to prominence as a symbol of successful integration. Brought up in what is being described as a “socially vulnerable” district of Gothenburg, the man took charge of a troubled local school and became known throughout Sweden simply as ‘Rector Hamid’.

His career has been on the rise ever since: between working at the Swedish Schools Inspectorate and giving lectures at Karlstad University, the man frequently appeared on Swedish media as a pundit. He was also an independent expert with the integration commission of the center-right Moderate Party.

Eventually, he received a prestigious ‘Swede of the Year’ award by the Swedish Focus magazine in 2018, and became the head of the Children and Education Department in the southern municipality of Mullsjo.

Also on rt.com
‘Don’t like to see little girls in veils? Move out of Sweden’: Muslim teacher & Muslim politician clash on live TV


This week, however, journalists from the Dagens Nyheter (DN) suddenly uncovered the well-respected education expert’s ‘dark side,’ reporting that between 2011 and 2016 Zafar had anonymously been posting hateful comments online.

Zafar denounced his opponents as “Zionist dogs” in social media arguments, and criticized the distribution of a book about Holocaust in Swedish schools, arguing it would create “mass psychosis” and stuff students’ heads with an idea of “how terrible Holocaust was.”

In other comments and posts that have since been deleted, Zafar scolded the Swedish Lutheran Church for allowing homosexual marriages, and mocked Hazaras – an Afghan ethnic minority considered one of the most oppressed groups in Afghanistan.

The scandal prompted the Mullsjo authorities to immediately fire Zafar from his position as the Children and Education Department head. The municipality rushed to “distance itself from Hamid Zafar’s … views and statements” while calling the whole situation a “crisis of confidence.”

We have come to a conclusion that our confidence in Hamid Zafar has been so much damaged that it is now impossible for him to continue his work.


Zafar himself did not dispute DN’s findings and admitted he indeed wrote all those posts. He called them youthful indiscretions, even though he was between 28 and 33 years old at the time, and said the statements were made during a “destructive” period of his life.

Zafar claimed that he had “distanced himself from such opinions since then and left them behind.” He did not apologize, though, saying instead that those, who are without sin “are welcome to throw the first stone.”

Meanwhile, various organizations he cooperated with continue to cut ties with disgraced expert and terminate his contracts. His scheduled TV appearances have been cancelled and he lost his position as a columnist in the Swedish Goeteborgs Posten newspaper. The Moderate Party also advised him to “resign” from its integration commission.

A Korean Store Owner. A Black Employee. A Tense Neighborhood.