Gov. Gretchen Whitmer blasts Trump over ‘lock her up’ chants at Michigan rally 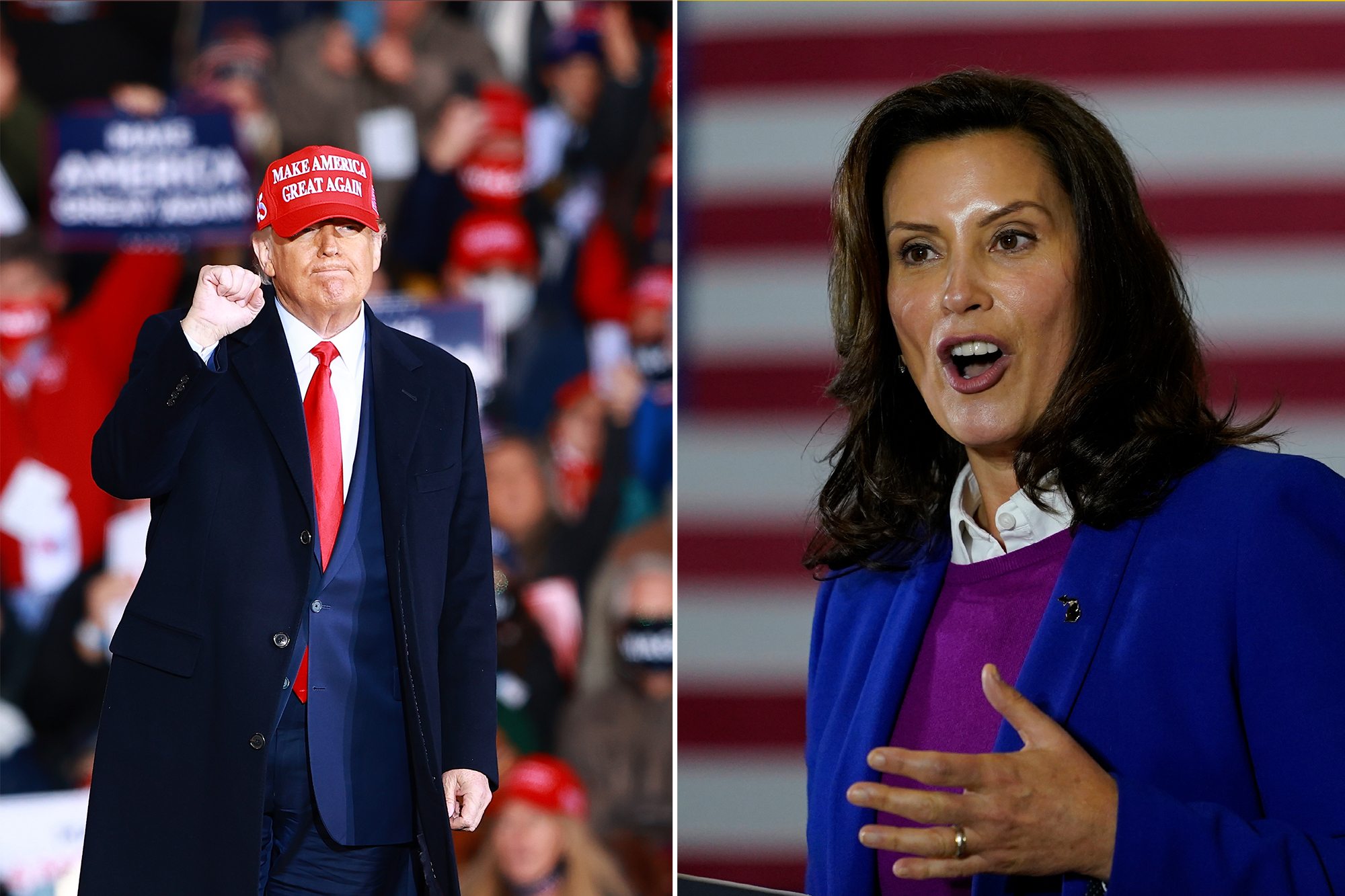 The feud between President Trump and Michigan Gov. Gretchen Whitmer heated up again Saturday night after attendees at a Trump rally in her home state chanted “Lock her up!” and the president told the crowd, “lock ’em all up.”

“It needs to stop,” the governor — who was the target of an abduction plot foiled by the FBI last week — wrote on Twitter.

“This is exactly the rhetoric that has put me, my family, and other government officials’ lives in danger while we try to save the lives of our fellow Americans,” she wrote.

Whitmer’s tweet linked to a clip of the president telling thousands of fans in Muskegon Saturday that they needed to “get your governor to open up your state.”

“Lock ‘em all up,” the president responded as the chants continued.

Whitmer’s remarks on Saturday echoed those she made about the president last Thursday after authorities announced the arrests of 13 militia members who had allegedly planned to kidnap her as part of a scheme that also involved storming the state Capitol and sparking a second American civil war.

The governor slammed then what she said was Trump’s refusal to condemn white supremacy and extremism in the U.S.

After news of the kidnap plot broke, Trump likened Whitmer to “a dictator,” telling Fox Business News that “people can’t stand her” because of her tough coronavirus lockdown restrictions.

“Our head of state has spent the past seven months denying science, ignoring his own health experts, stoking distrust, fomenting anger and giving comfort to those who spread fear and hatred and division,” she said then.

Snap squeaks out unexpected, adjusted profit for the third quarter, revenue up 52%

A Long, Uneven and Uncertain Ascent

Snap squeaks out unexpected, adjusted profit for the third quarter, revenue up 52%

A Long, Uneven and Uncertain Ascent