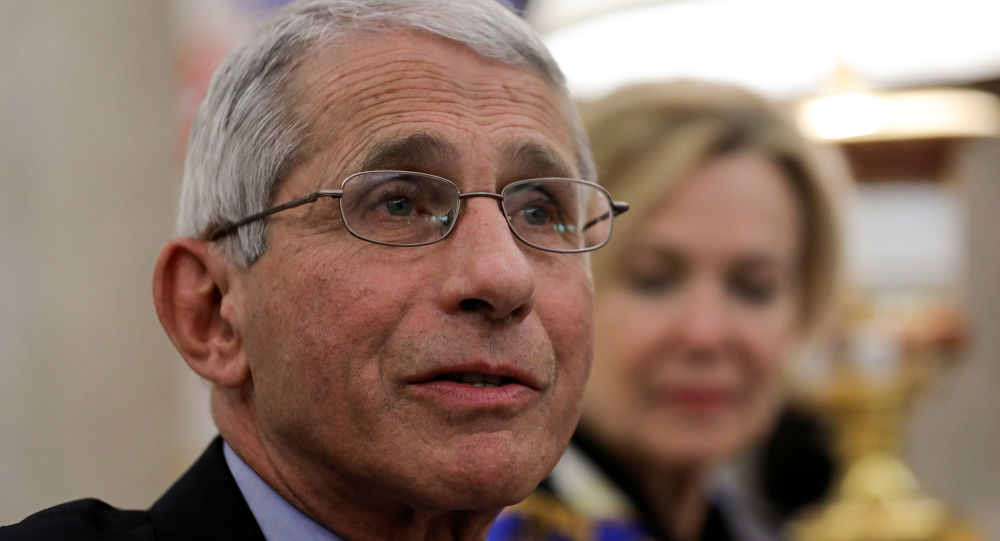 Fauci, director of the National Institute of Allergy and Infectious Diseases and a member of the White House’s coronavirus task force, also said that a second wave of the coronavirus isn’t “inevitable” if people are prudent.

Anthony Fauci, the U.S. government’s top infectious-disease expert, said there’s a “good chance” a vaccine may be deployable by the end of the year.

Speaking to CNN, Dr Fauci said “if things fall into the right place”, a vaccine could be available by November or December.

​The infectious disease expert underscored that the process to develop a vaccine is arduous, saying, “There are a lot of landmines and hiccups that occur.” Fauci also emphasized that the rapid development of a vaccine could not come “at the expense of safety nor scientific integrity.”

He also cast doubt on the use of hydroxychloroquine as a treatment for coronavirus. Trump, who has frequently disregarded guidance from his own administration, claimed he was taking daily doses of the drug earlier this month.

“The scientific data is really quite evident now about the lack of efficacy for it,” Fauci told CNN on Wednesday of the drug Trump has touted, adding that there’s likelihood of “adverse events with regard to cardiovascular.”

Fauci also called for a cautious approach to the reopening of America and asked for people to wear masks.

“I want to protect myself and protect others, and also because I want to make it a symbol for people to see that that’s the kind of thing you should be doing,” he told CNN’s Jim Sciutto on “Newsroom.”

Fauci said he believes that while wearing a mask is not “100% effective,” it is a valuable safeguard and shows “respect for another person.

Fauci’s comments come as PresidentTrump and Joe Biden have argued over face masks, with the president questioning his Democratic rival for wearing a mask during a Memorial Day ceremony. Biden replied by saying Trump was an “absolute fool” for turning masks into a political issue.

Trump also threatened to pull the Republic convention out of North Carolina unless the Democratic governor can “guarantee” that the arena can be filled to capacity.

​Fauci suggested on Wednesday to “reserve judgment” about whether political conventions could be held in-person with large crowds gathered in a confined space and to wait to see a “really significant diminution” in the number of new cases and hospitalizations.

Ubisoft is giving away Watch Dogs 2 for free on PC, even if you missed its event

Ubisoft is giving away Watch Dogs 2 for free on PC, even if you missed its event